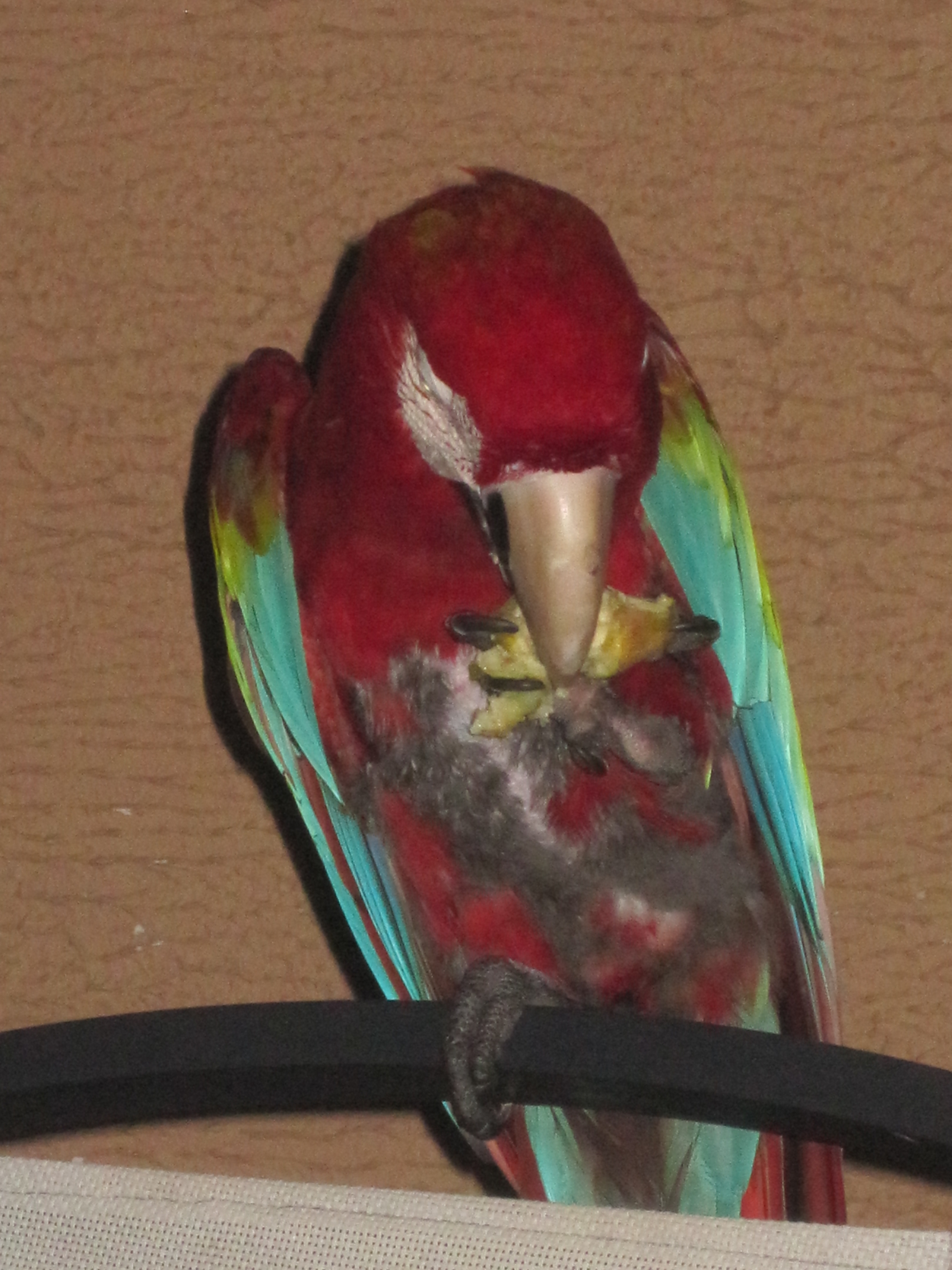 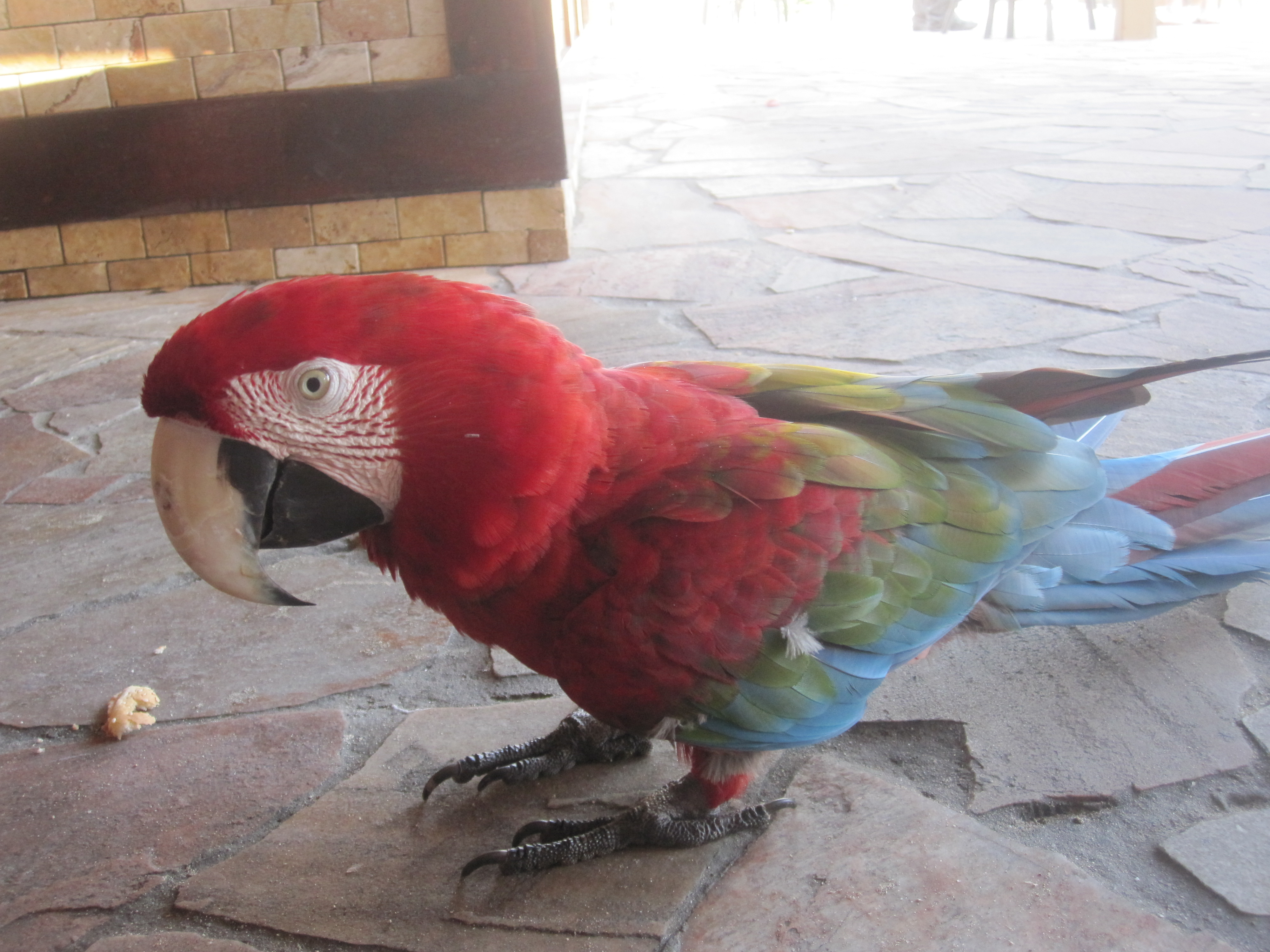 2. Front Street in Phillipsburg, which runs parallel to Back Street.  This bustling stretch in the Dutch capital is filled with shopping, food and bars.  Parking is difficult here, but if you drive around long enough, something will open up.  Just be sure you practice parallel parking first. 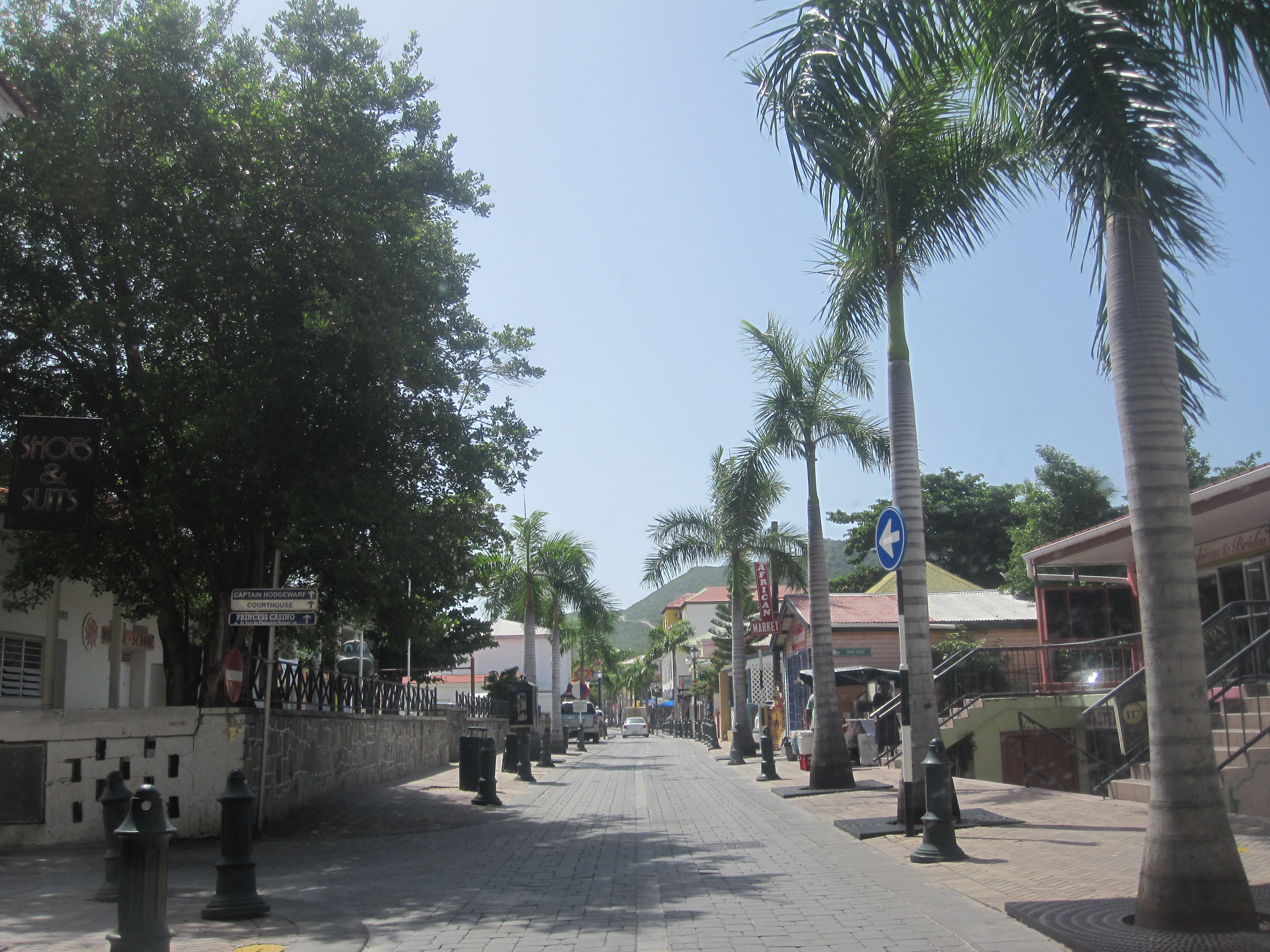 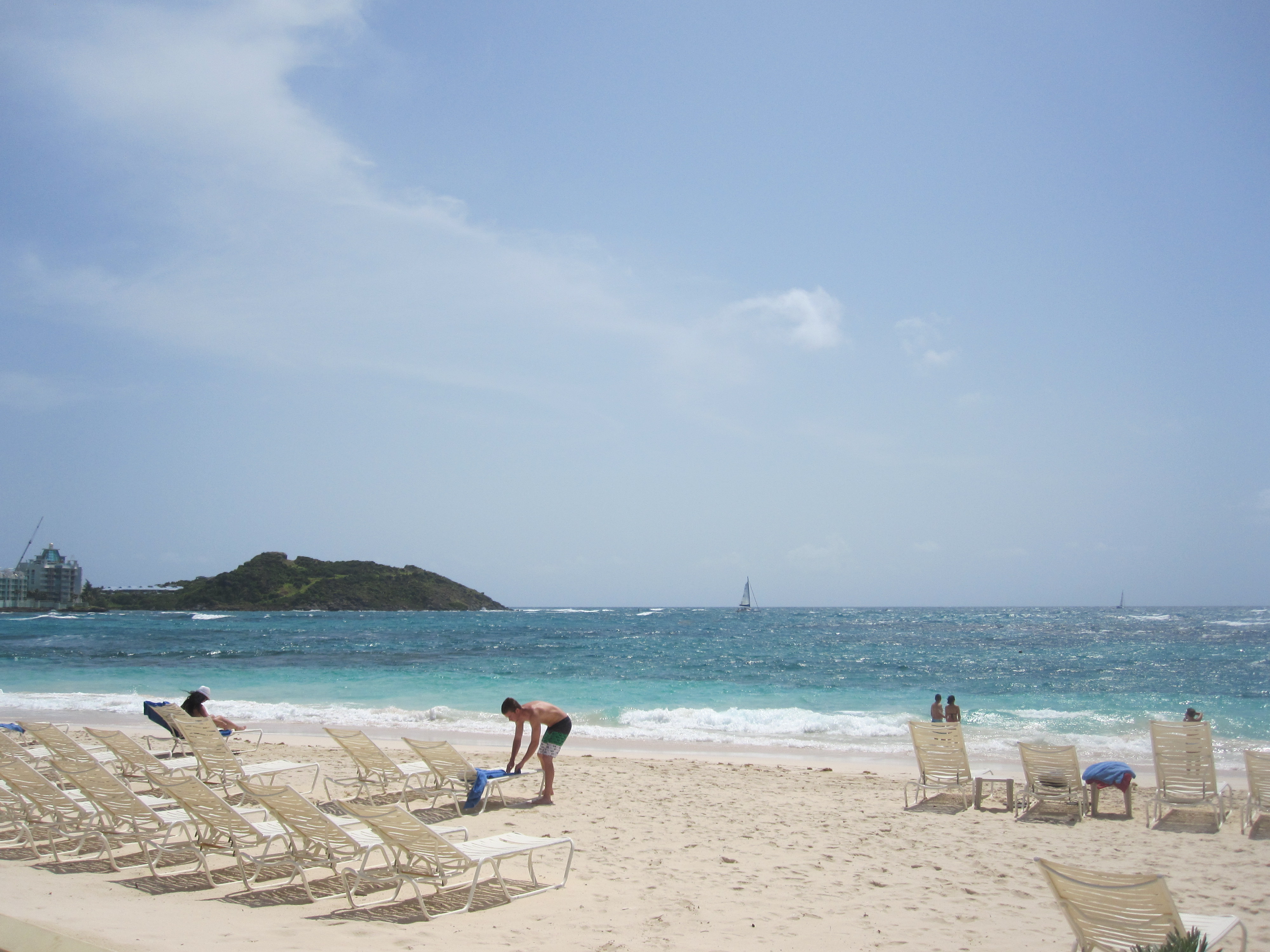 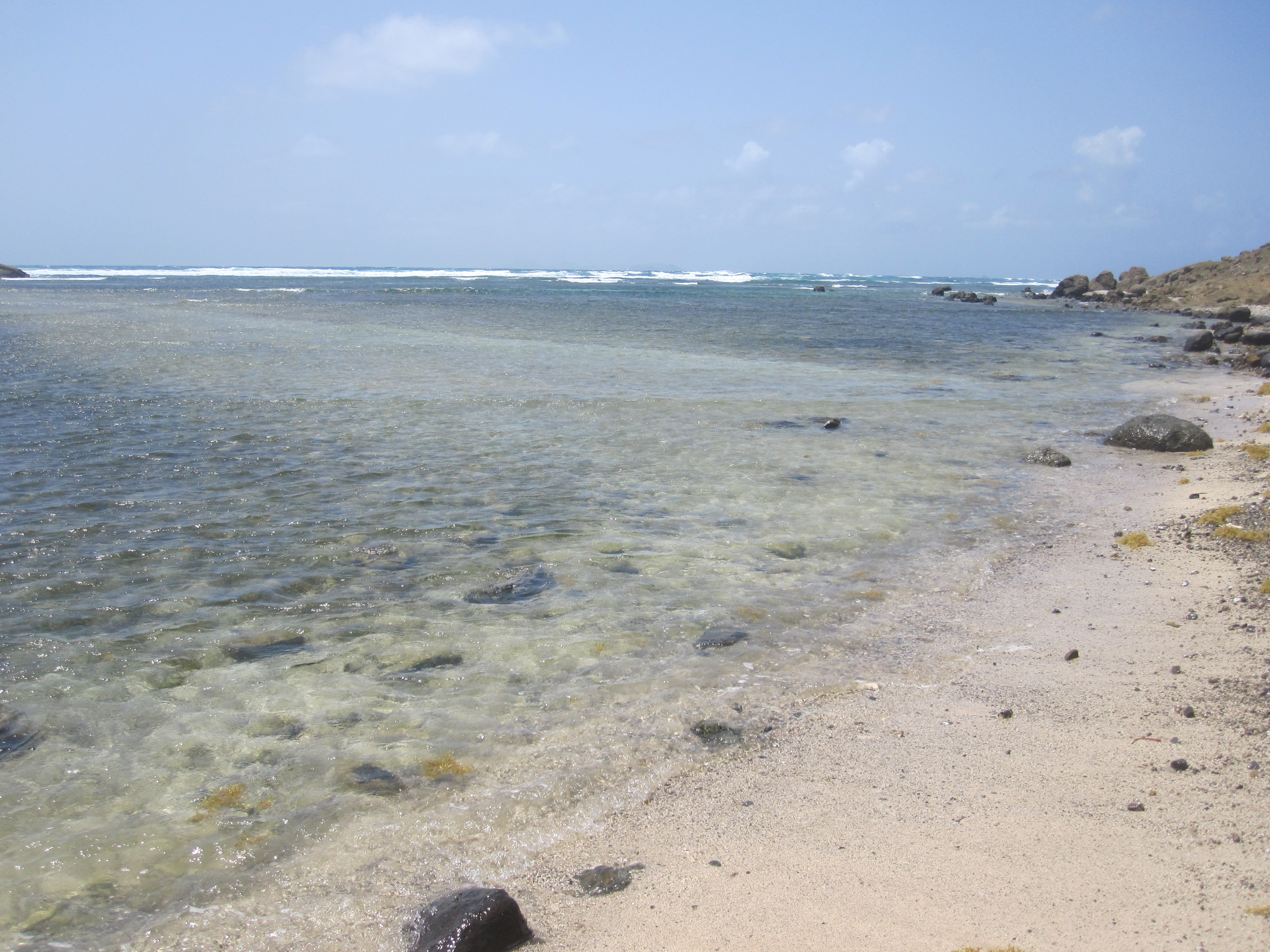 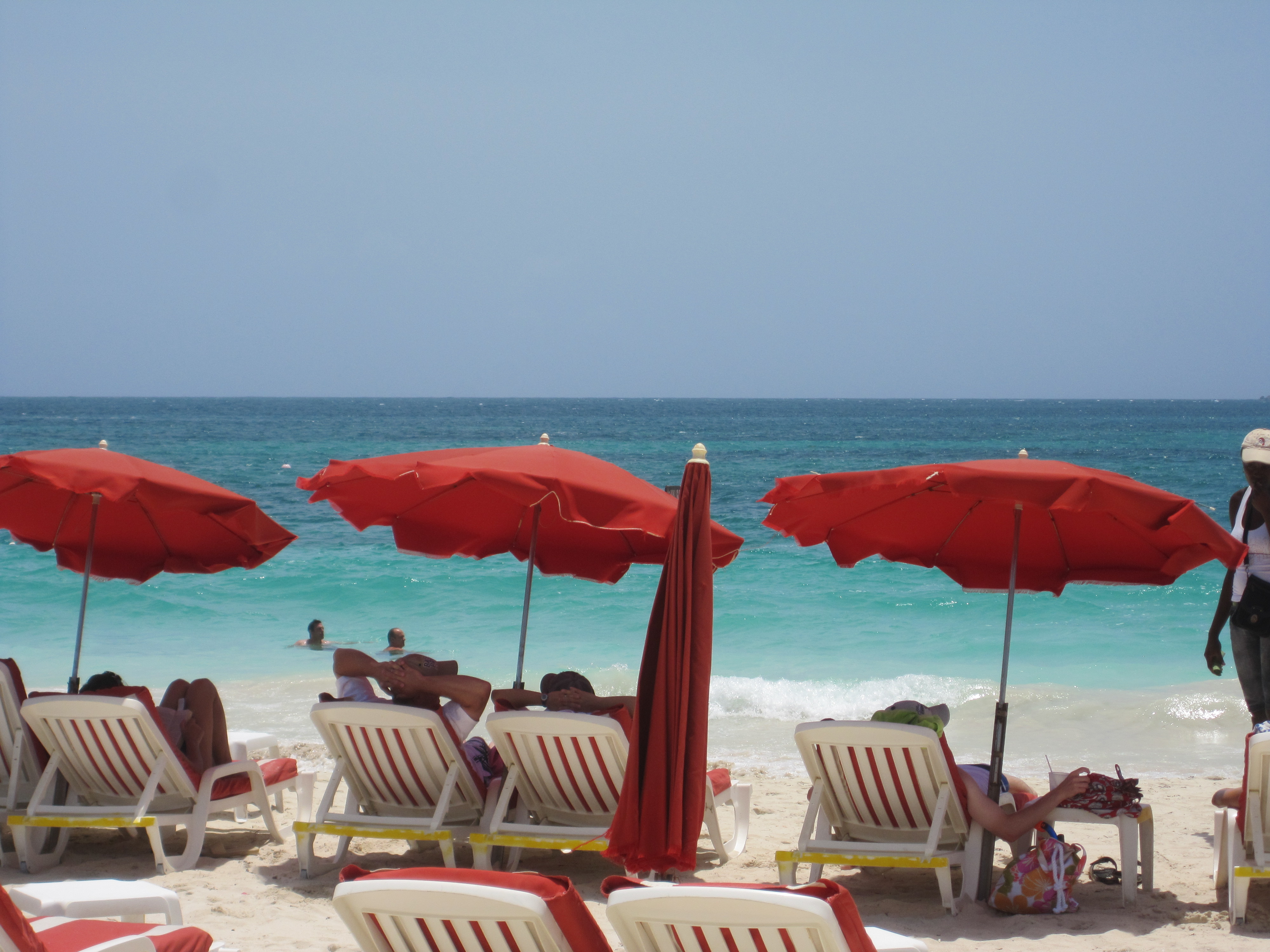 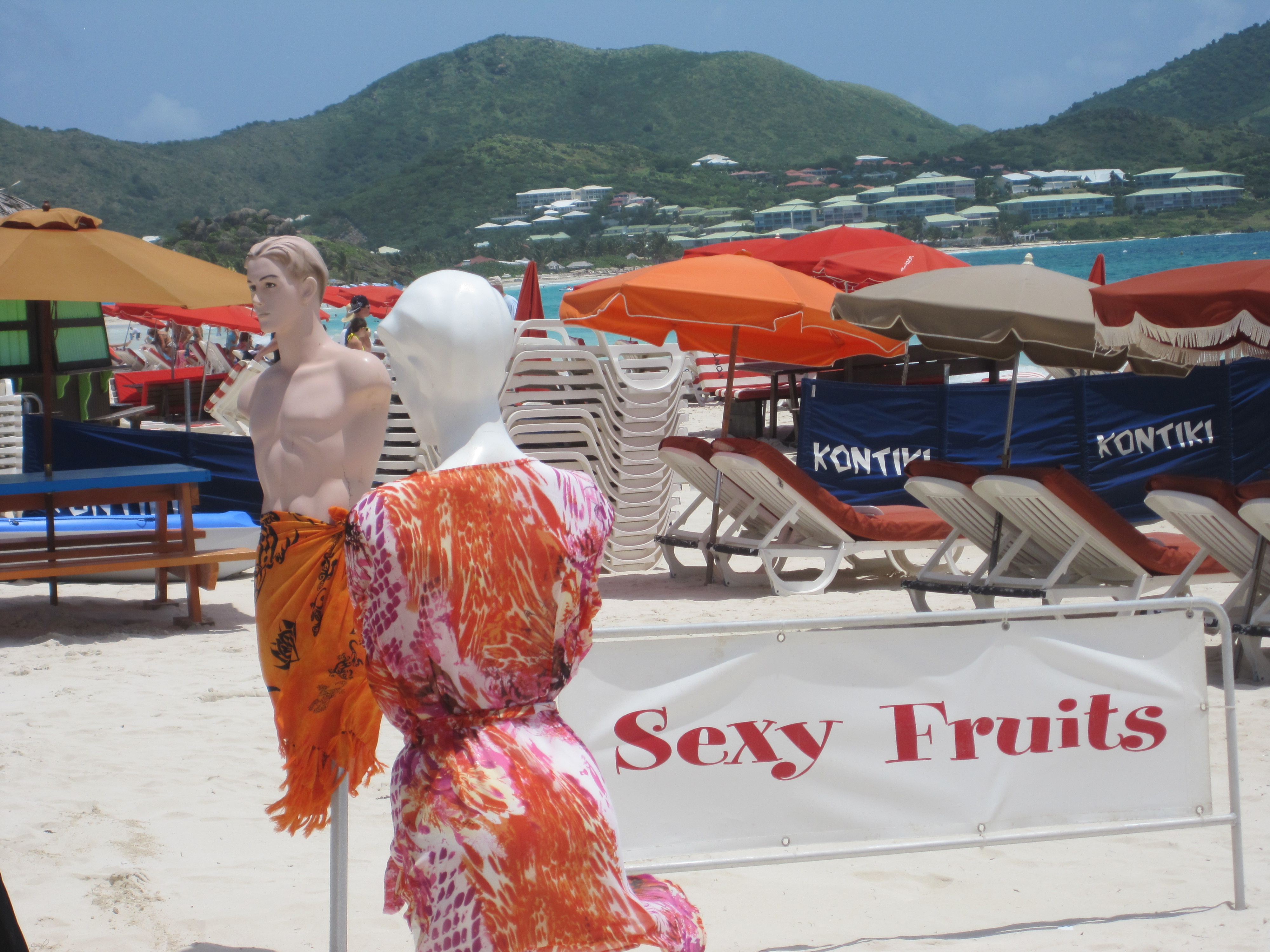 4. This scene happened more often than not, which one is mine... 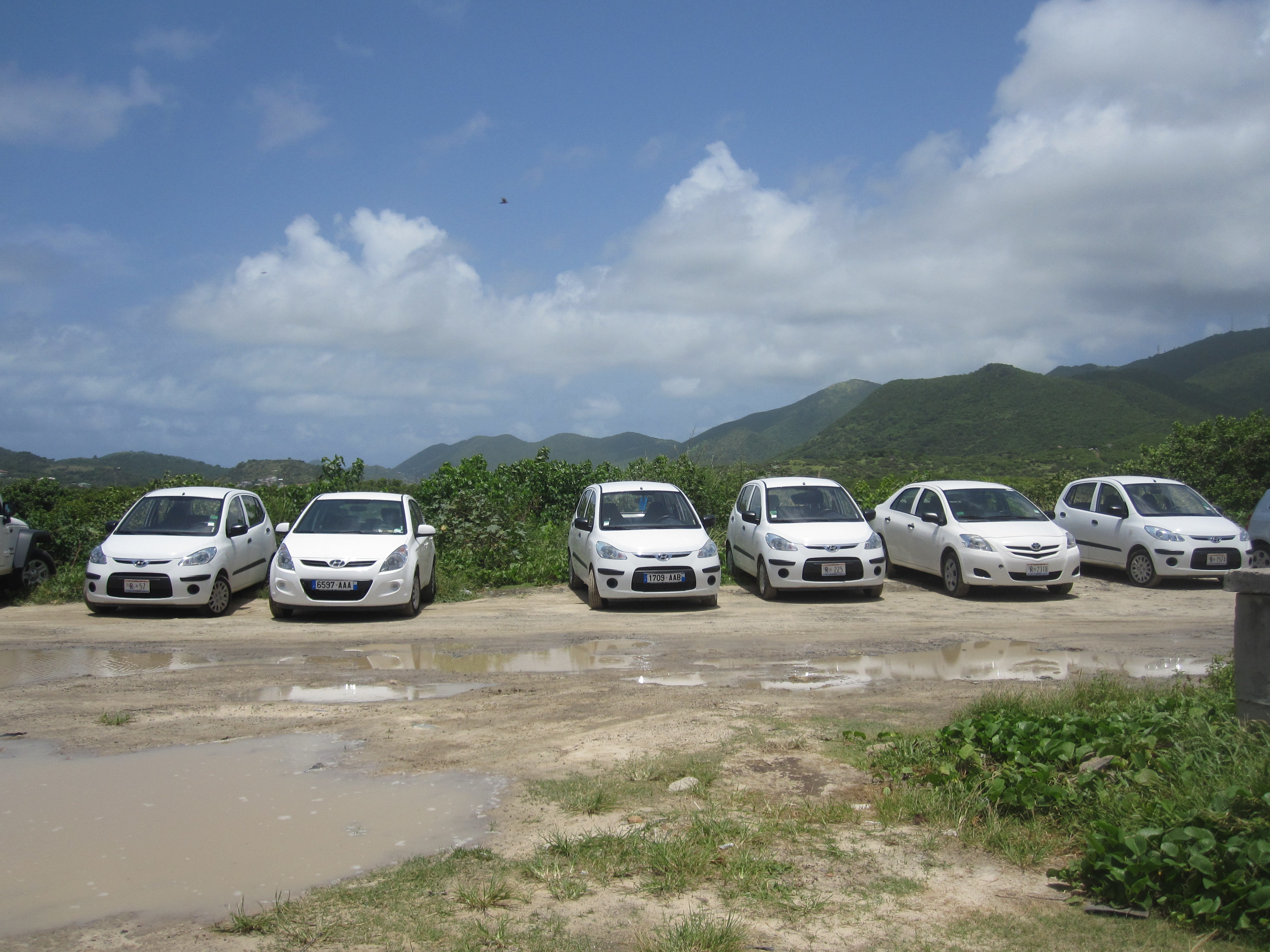 5. The blue waters of Anguilla 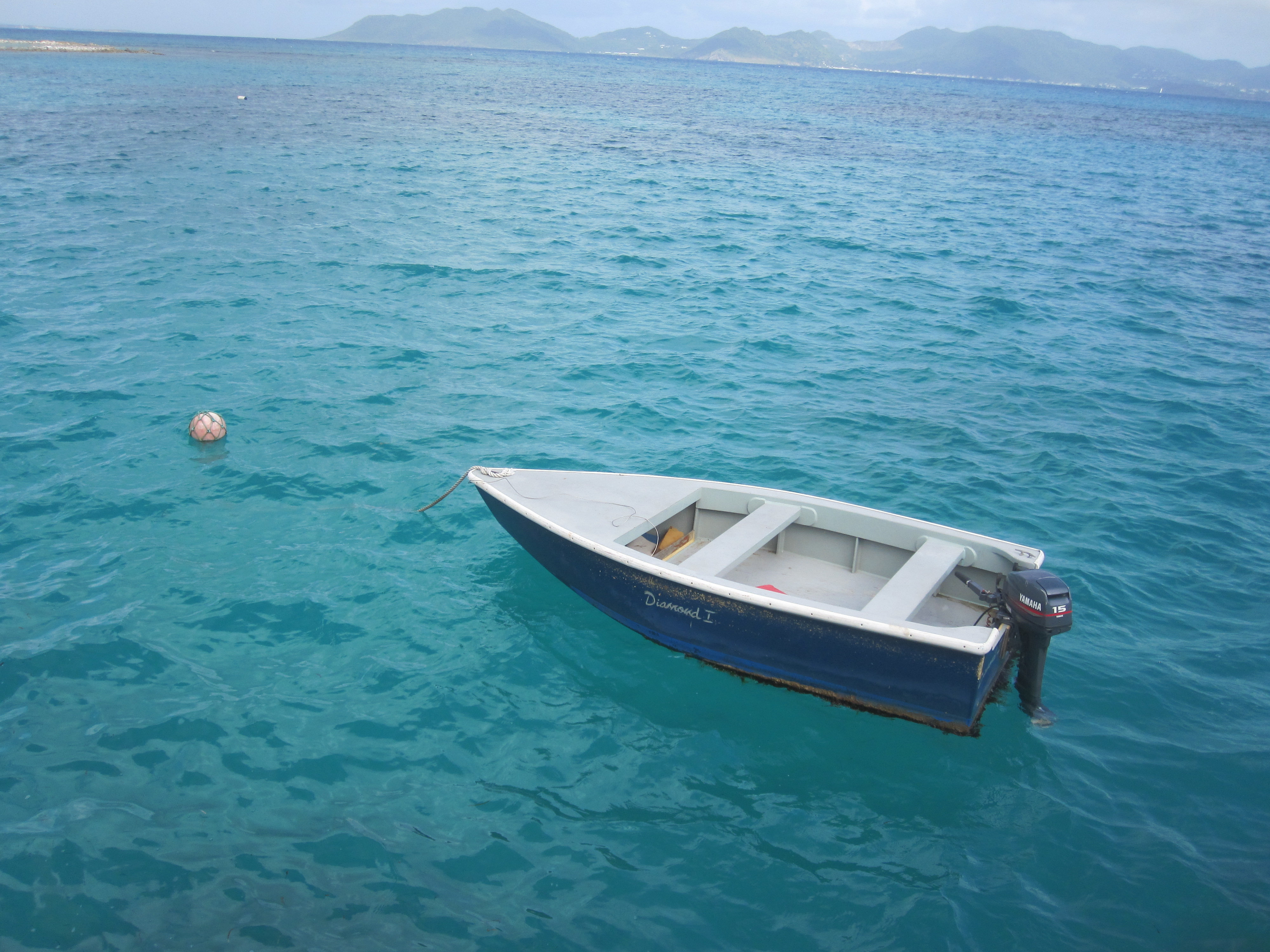 6. Sunset cruise on the Lambada.  The little girl has a striking resemblance to the girl in Water World 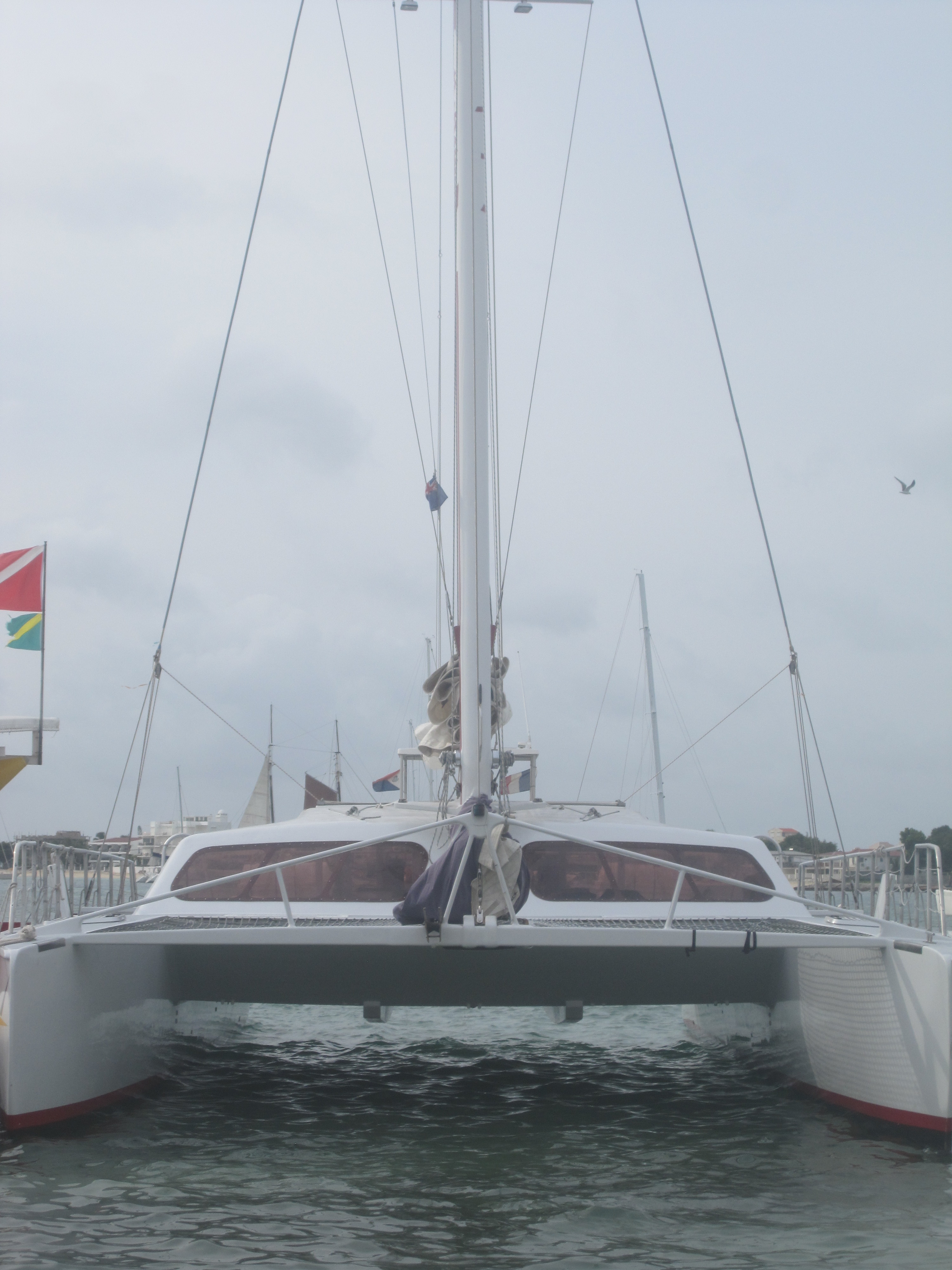 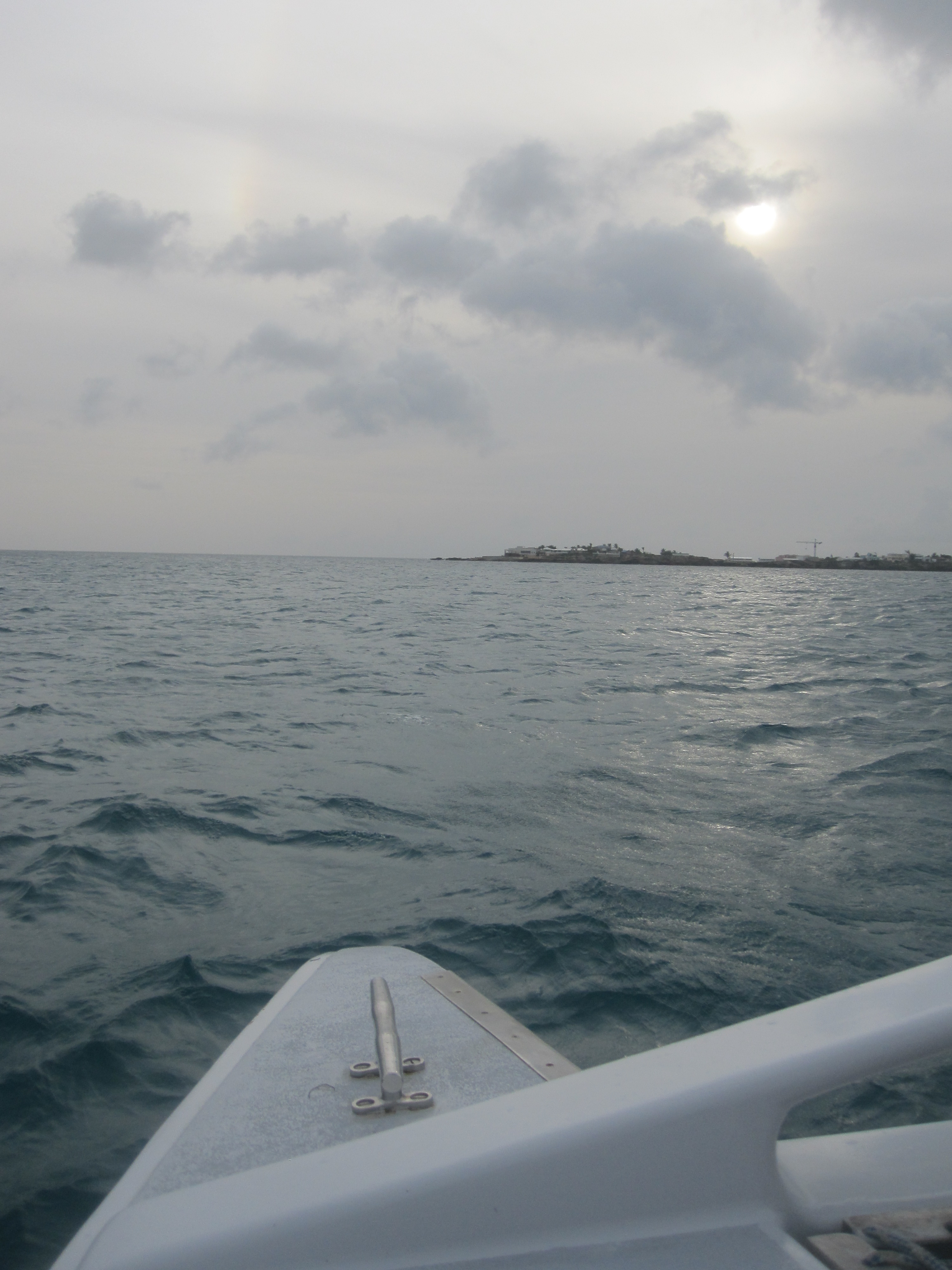 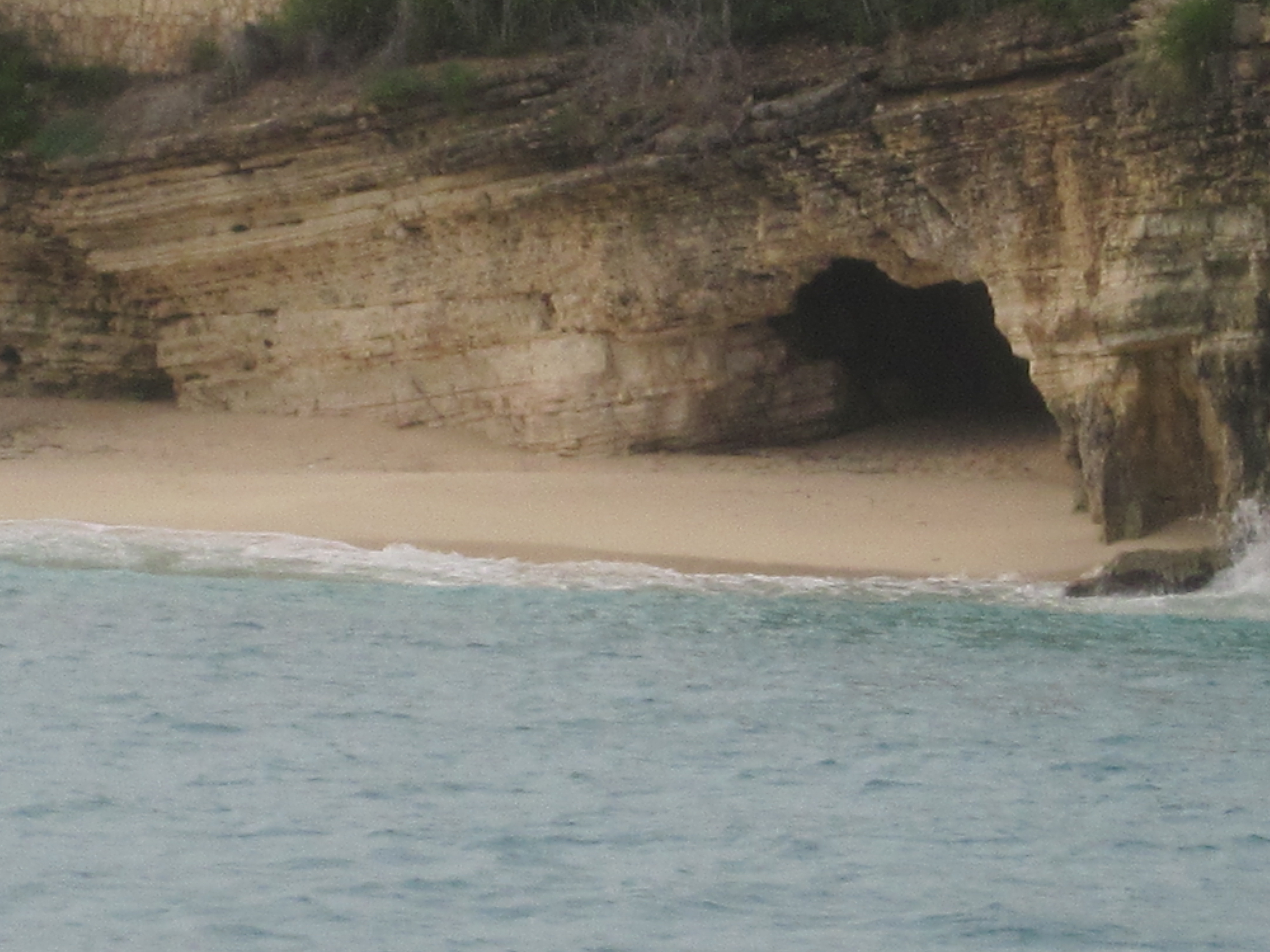 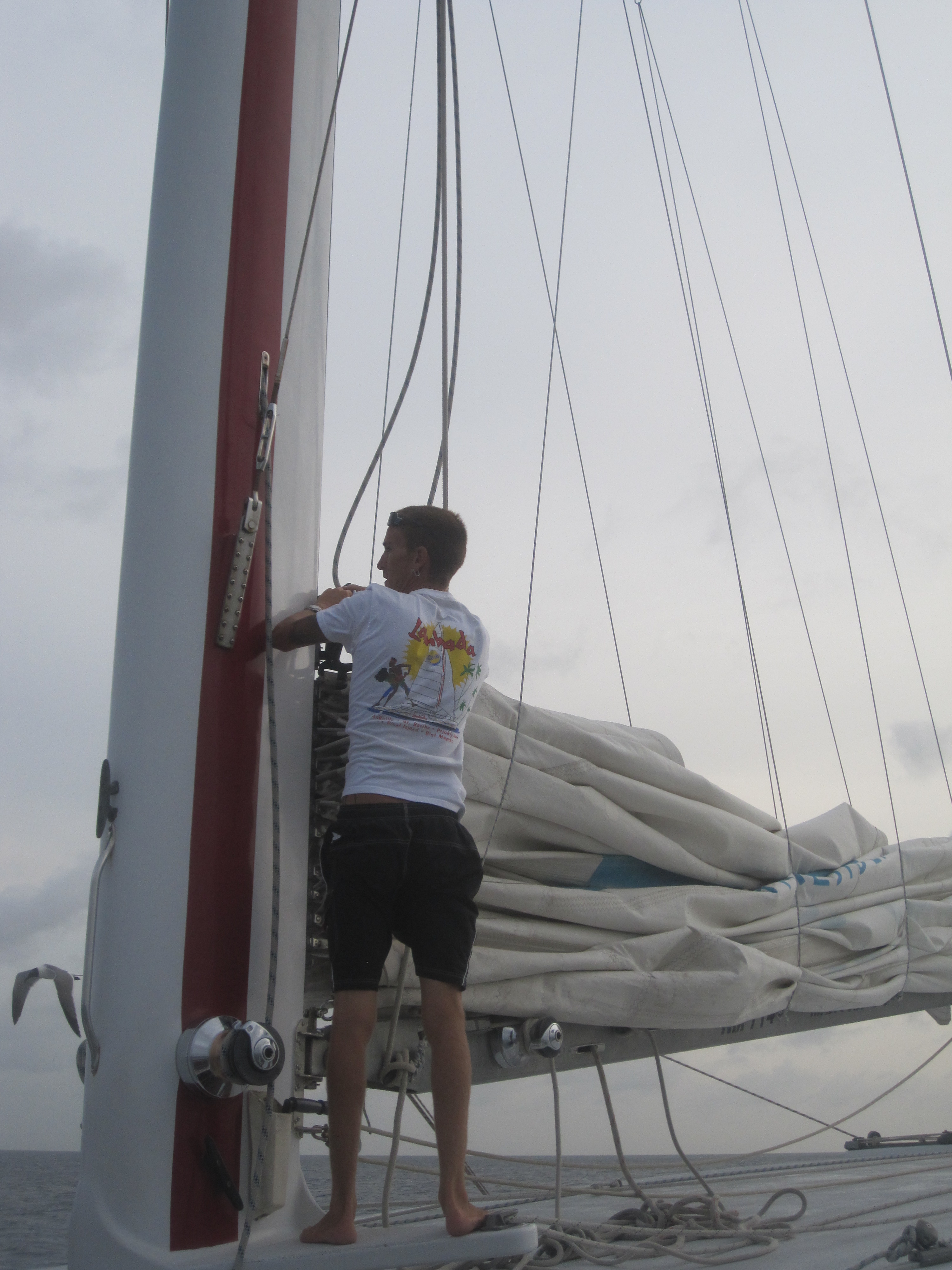 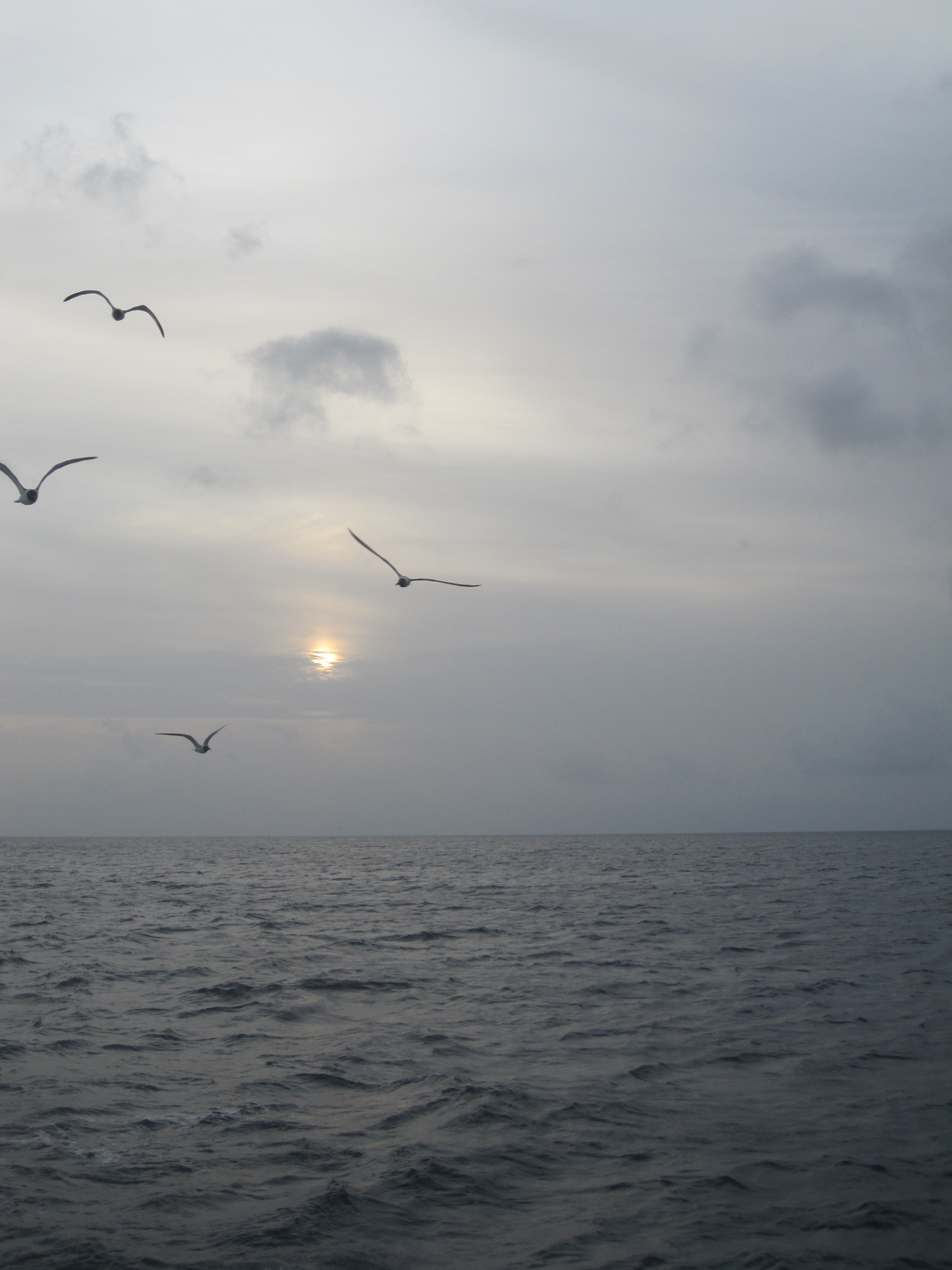 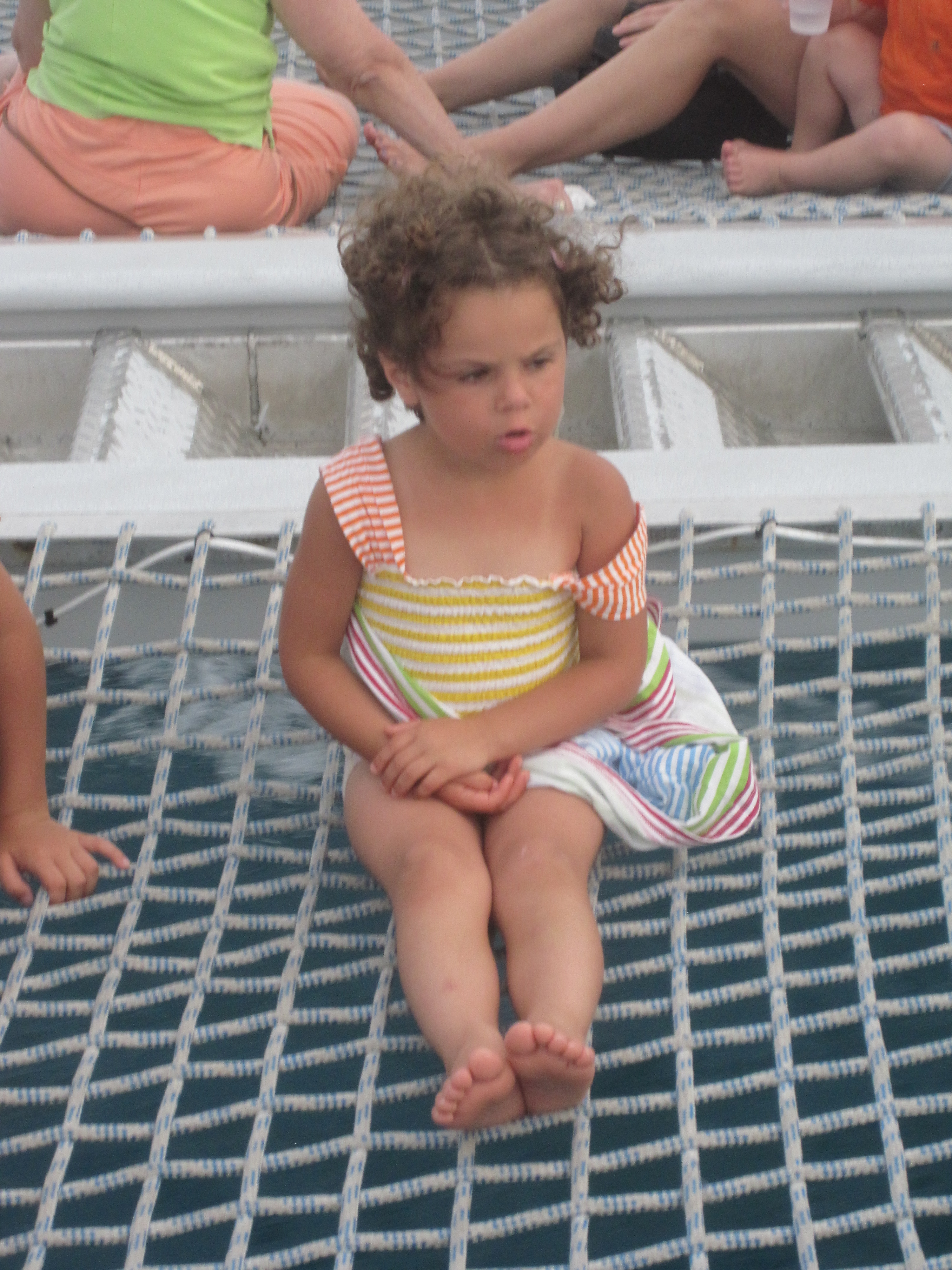 7. The streets and cafes of Marigot, the French capital 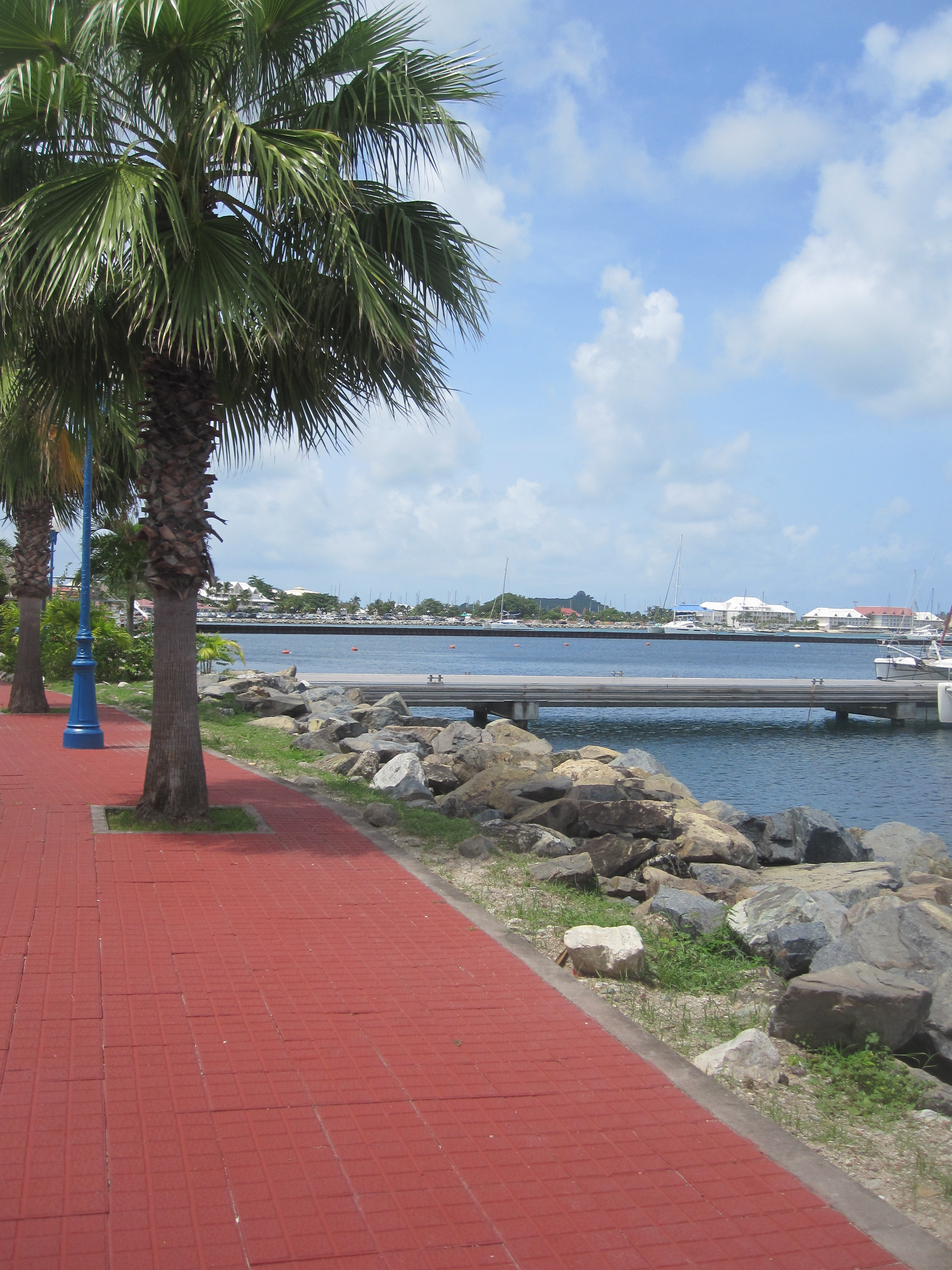 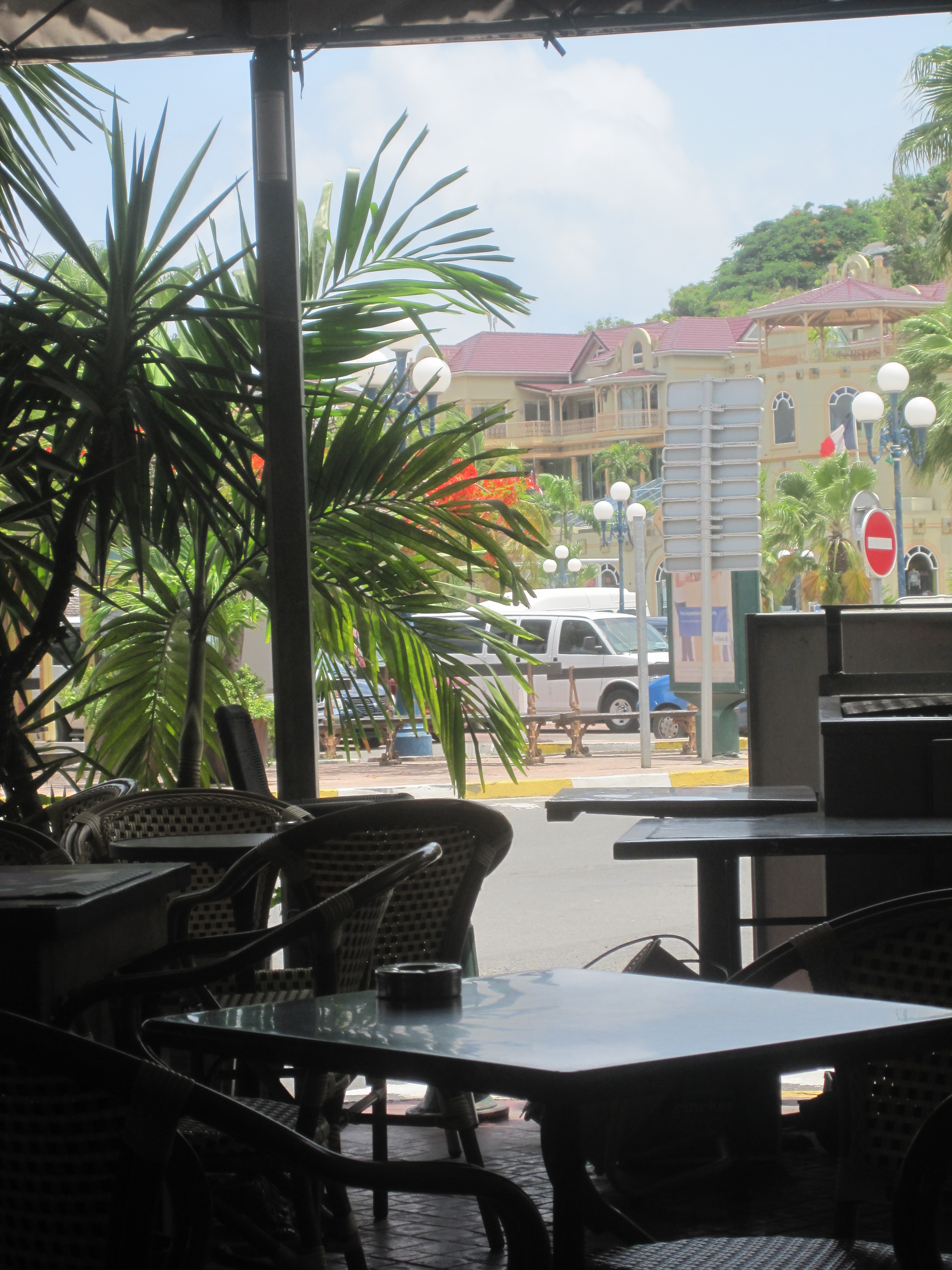 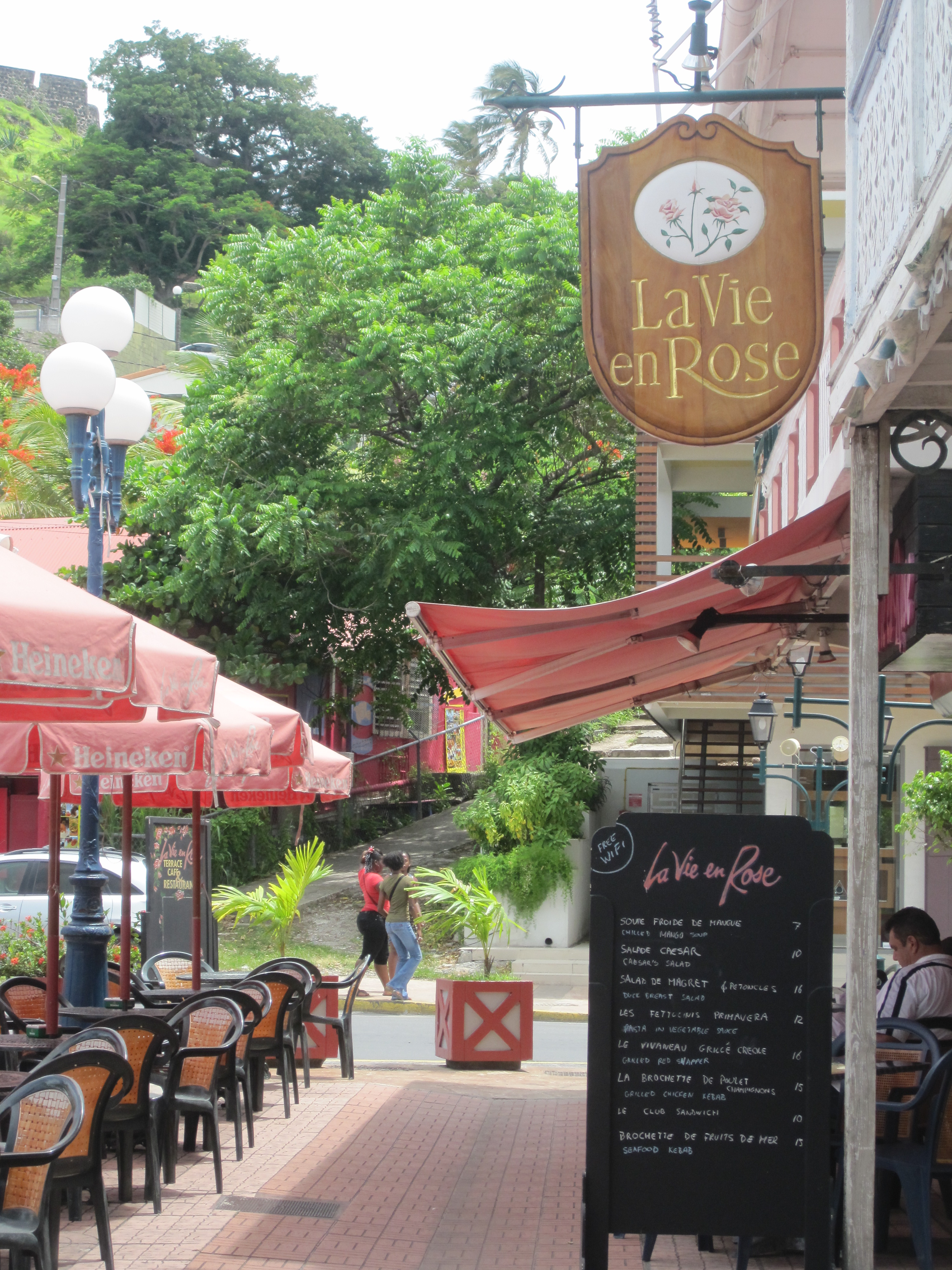 9. Back to Little Bay 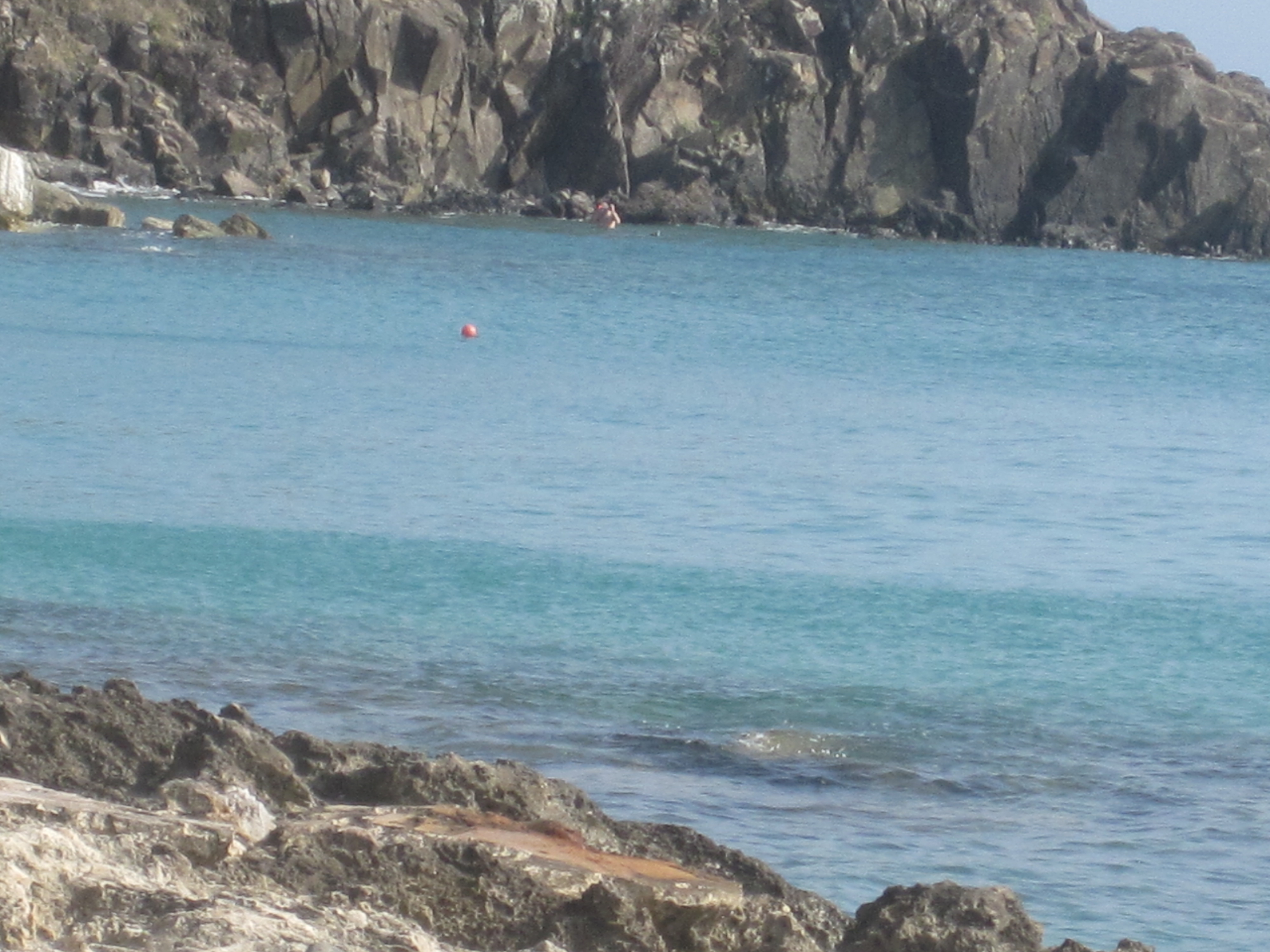 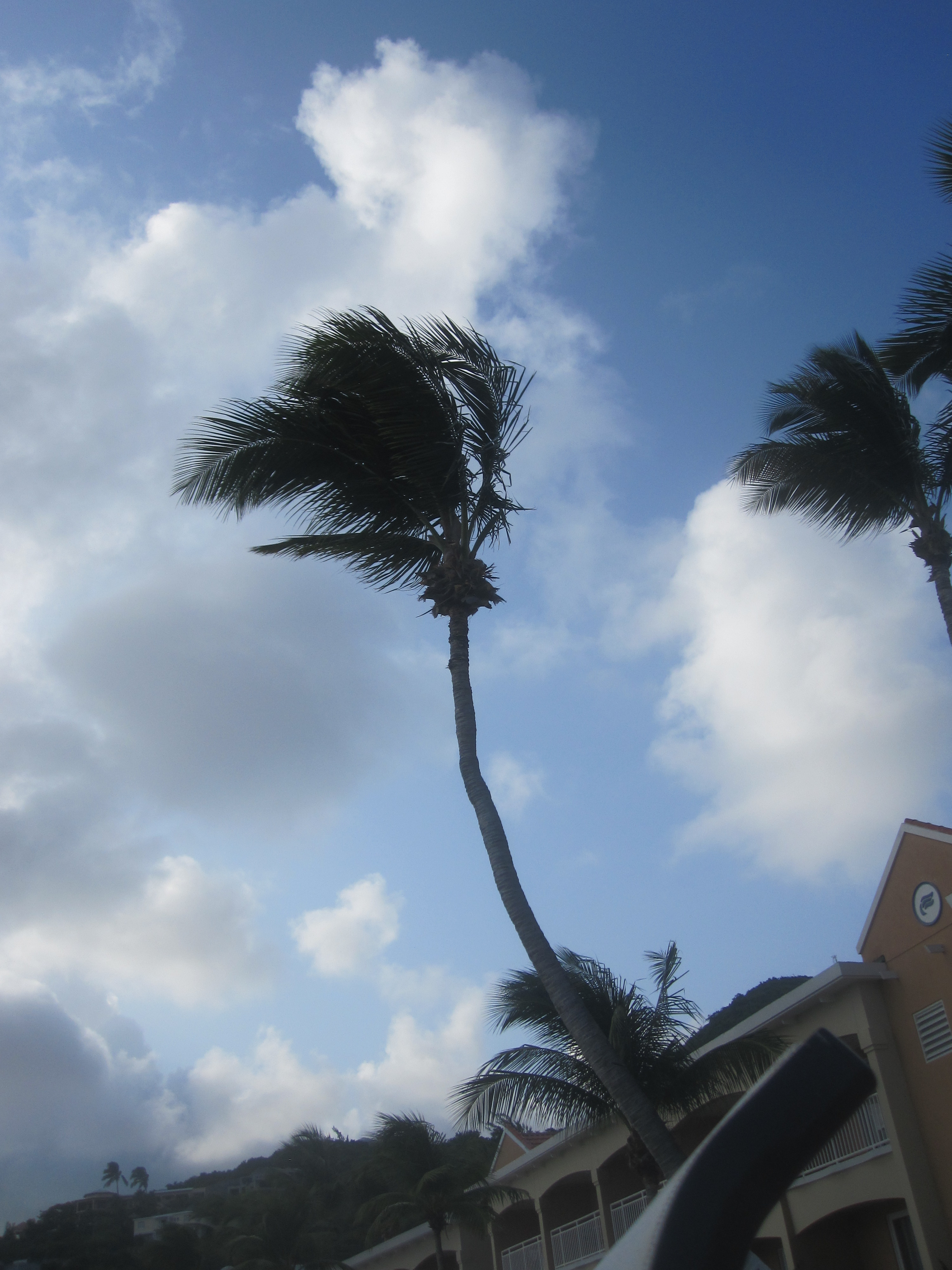 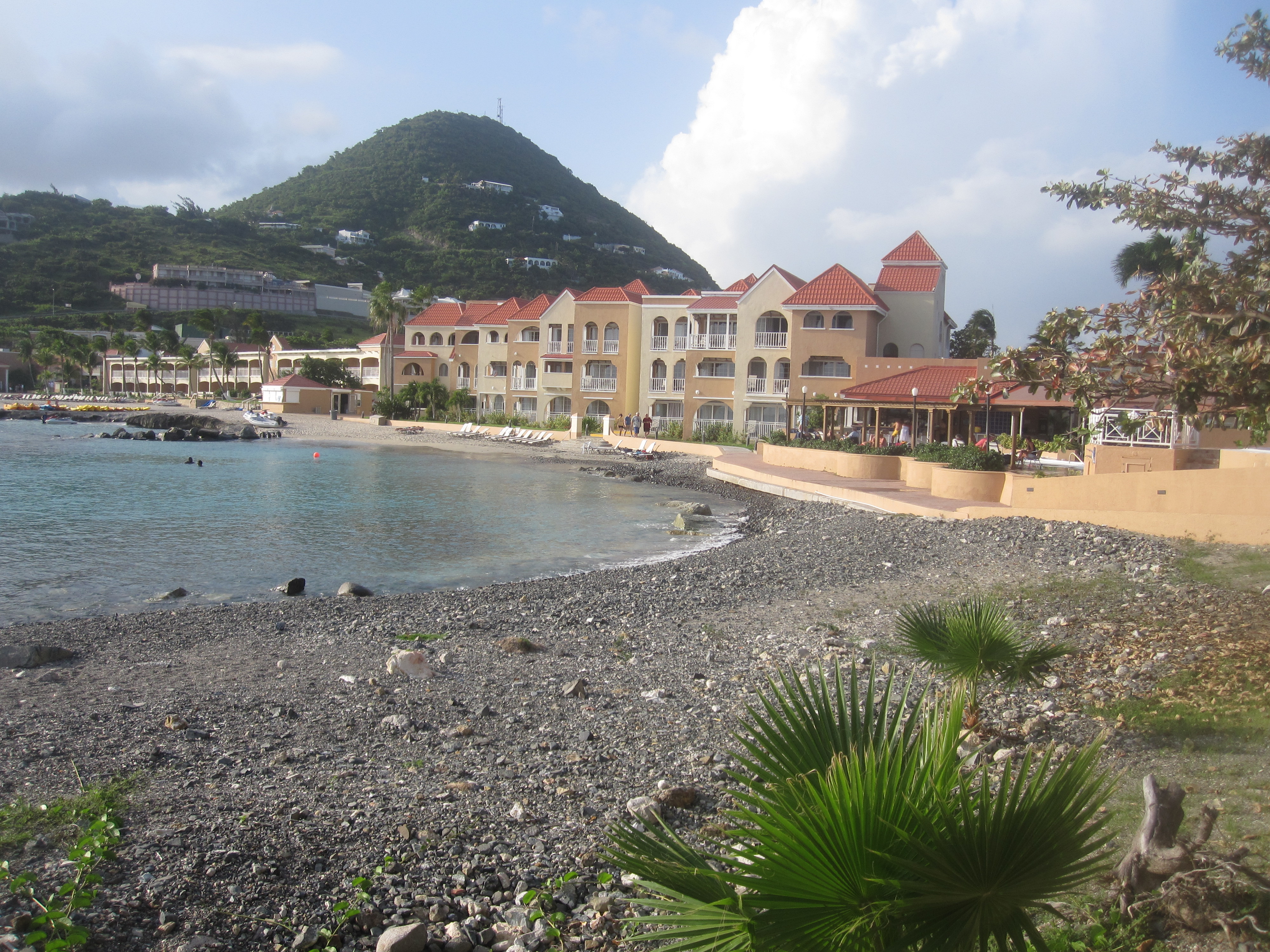 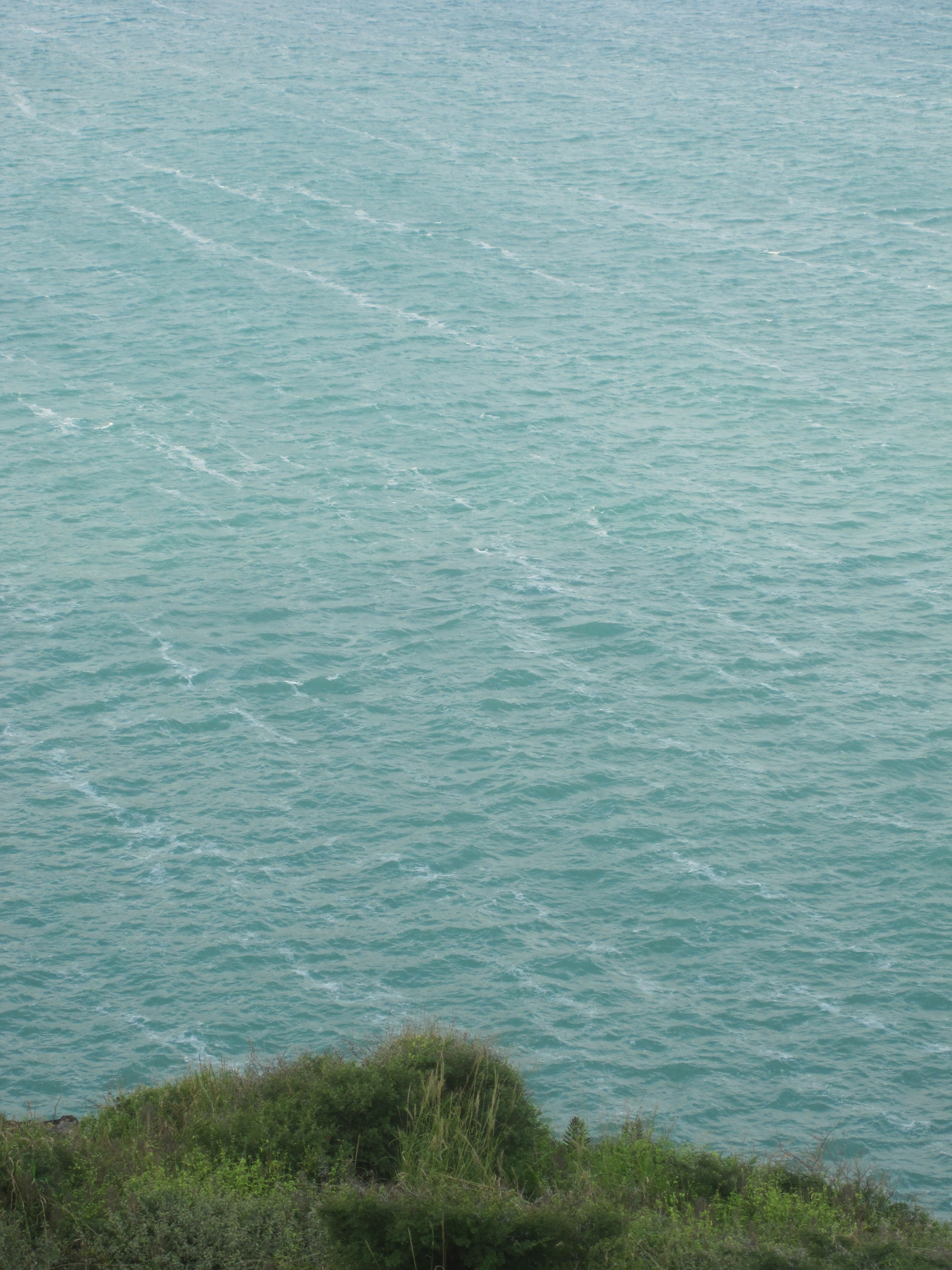 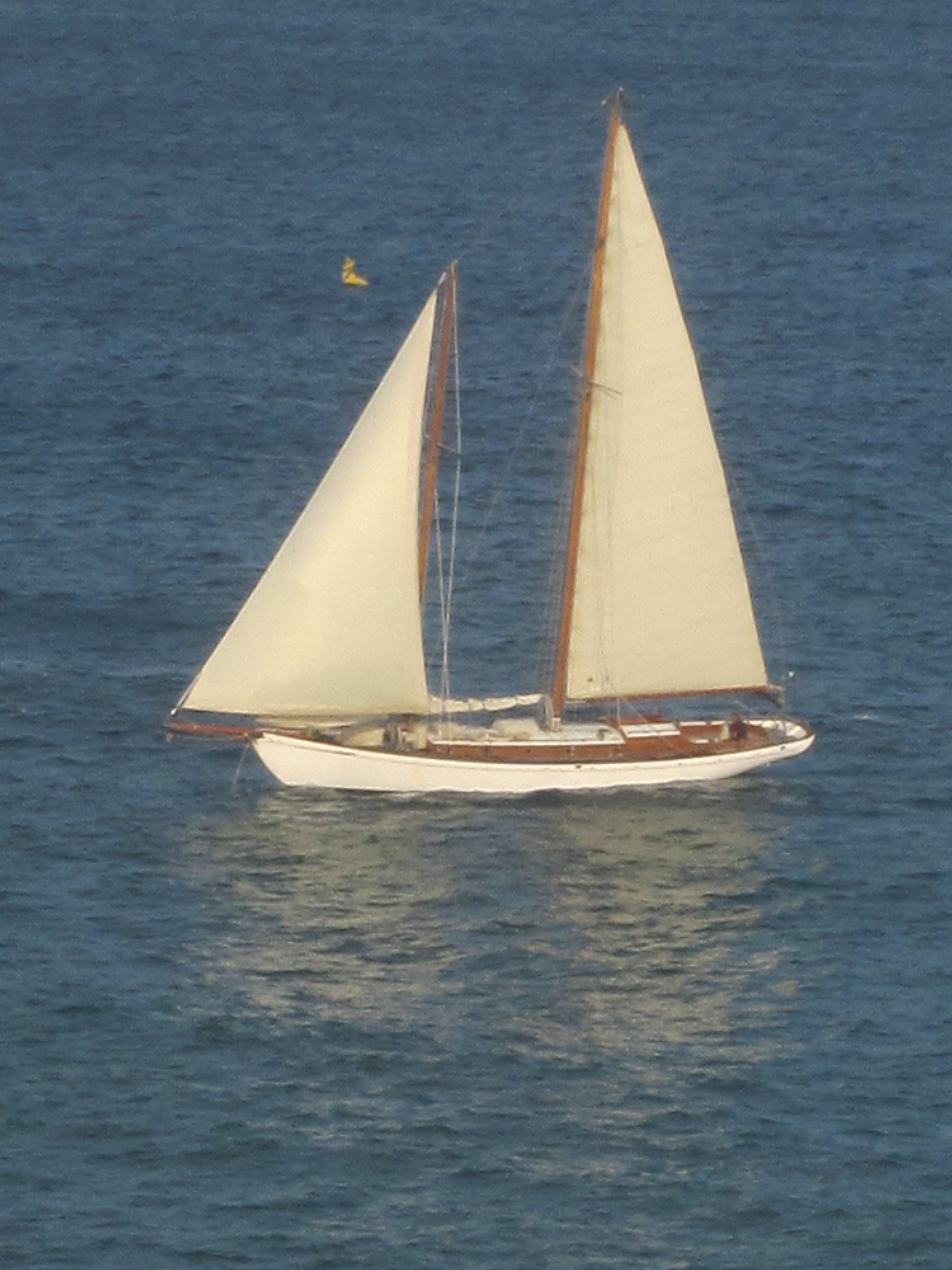 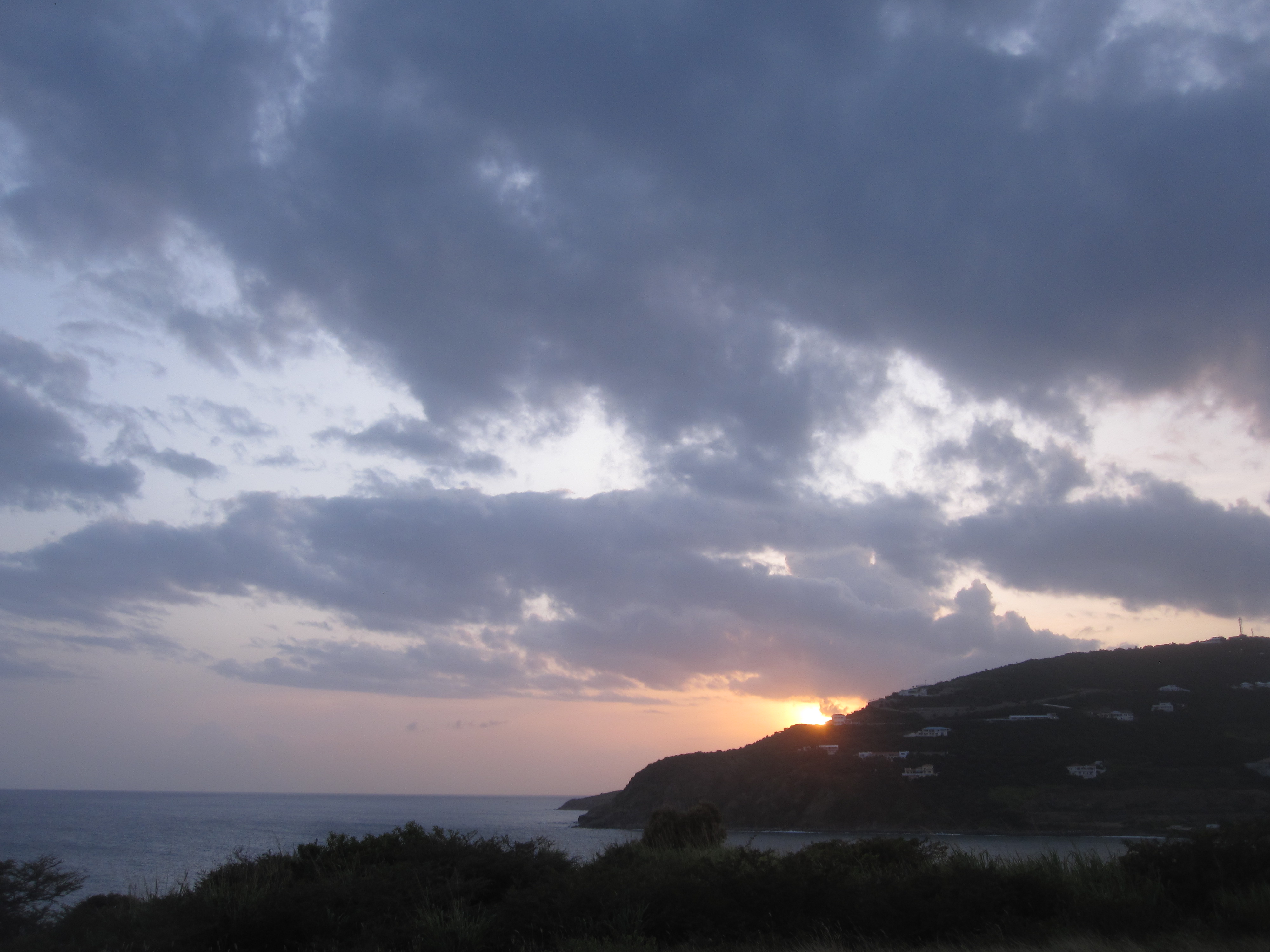 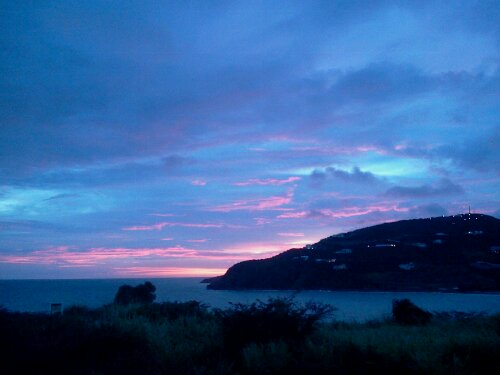 Wednesday and Thursday have been my lazy days.  Aside from a trip to La Grande Marche for mid-week groceries, I've been relaxing in a beach chair not really doing a whole lot of anything.  I had not planned on posting tonight, but after 8 failed attempts of uploading one picture to Facebook, I changed my mind.  So here it is, the best sunset so far.  I wish photographs could capture the feelings better as the sky burns red and orange with tints of pink.  It's one thing to see it, it's another to experience it. I forgot last night that, believe it or not, I'm fragile. In the process if climbing out onto a rock to photograph the sunset, my knee decided to fail and down I went. Initially, I escaped with only a small gash in my ankle, however when I woke this morning, I realized I had a pretty good sprain. I spent a good deal of time walking it off today when I was not soaking in the sun. Still a bit tender, but I'll live. There really is something about this island, maybe it's the people, as friendly as I've ever met, and I'm sure it has something to do with the constant breeze and temperatures in the eighties. Message to my ex: put the kids on a plane to SXM and let me know what time they land, I'll pick them up... Message to my parents: please Fed-Ex my laptop and the rest of my clothes, sell the house and whatever else is left... Message to HR: please email me a change of address form... Reflections. 1. Tomorrow I shall find a proper cat to sail on 2. Plenty of time to think 3. About where I am 4. And where I'm going 5. Do I really have to go to Indiana next week? 6. I have not touched email all week (with one slight exception) and it's been wonderful, but will probably be hell when vacation is over 7. No two sunsets are ever the same 8. I finally remembered to get bug spray, haha mosquitos, can't get me now 9. Next trip will need to be two weeks, I've only two days left and still lots to do 10. Cheers 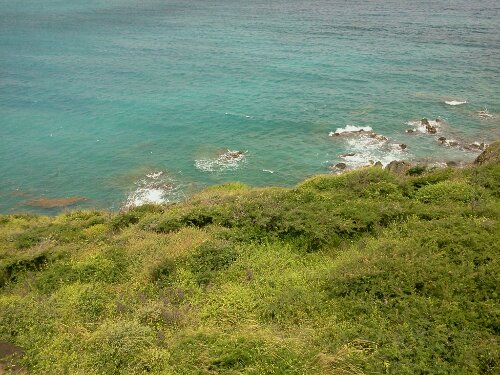 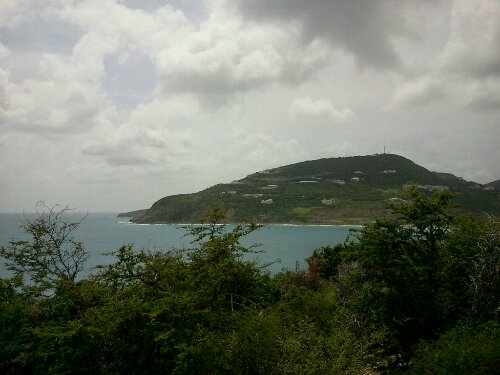 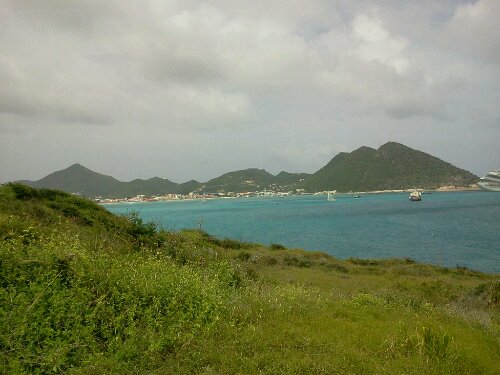 I'll justify this post by the fact that I left after I saw Just10Lizards.  This is Fort Amsterdam, the oldest fort in the Dutch Caribbean and sits high on the cliffs between Little Bay and Great Bay, a short five minute walk from my room.  It's a little on the cloudy side and trust me, pictures do not do justice to the true color of the water.  Love to my Chi peeps, miss ya!

Twenty years from now you will be more disappointed by the things that you didn't do than by the ones you did do. So throw off the bowlines. Sail away from the safe harbor. Catch the trade winds in your sails. Explore. Dream. Discover. ~ Mark Twain
Before you Pray – Believe
Before you Speak – Listen
Before you Spend – Earn
Before you Write – Think
Before you Quit – Try
Before you Die – Live

Life is not a journey to the grave with the intention of arriving safely in a pretty and well preserved body, but rather to skid in broadside, thoroughly used up, totally worn out, and loudly proclaiming - "Wow! What a Ride!" ~ Unknown
They came to sit & dangle their feet off the edge of the world & after awhile they forgot everything but the good & true things they would do someday. ~ Brian Andreas
When one wanders often one does find. And when one finds, one can choose to stay or wander together or continue to wander alone. When one seeks one rarely finds and returns to wander.
"One does not discover new lands without consenting to lose sight of the shore for a very long time."