The beginning. Pajama party. The end. 2013. You have been good to me. Challenging. But good. Thank you 2013. Dear 2014, you better be fucking amazing. And epic. And completely amazing. And epic. My third year in Chi for New Years, I wouldn't have it any other way. It's snowing out, the air is thick with alcohol. It's New Year's! It's a stay in party. An all week prep for a warm cozy night with old friends and new friends, all good friends. I love this crowd. Especially when they put up with my southern ways. What a spread. The food, simply amazing. The wine. The beer. The whiskey (see, they do know the southern boy). North side Chi-town hardwood floors. Perfectly cleaned with love and elbow grease. The reward. Purple Cowboy! The whole place smelled of heaven. It's the end of the year. It's actually an end to a lot more. It's a start of a new year. A start of a new adventure. They say you can either sink or swim. And I say that you cannot do either if you don't get in the water. So I jump in. My life is changing drastically in the next few weeks, and in times like these, traditions of being with true friends as the ball drops, yeah - that's what keeps me alive and awake. He drinks a whisky drink The future is not always certain. But I do know that the days will march on. And if I choose to not react and simply let time fly by. And if I choose to have no passion. And if I choose to be in the audience rather than the show. Well, then. Fuck me, I'm screwed. He drinks a vodka drink People are real. I swear. Cross my heart. I just found out myself, therefore will completely understand if you have a hard time believing me. Really, they are living and breathing the same air as you. Even in 3D (without any special glasses), which is pretty cool if you ask me. But because of this, it also means they can get hurt. Which also means that they will bleed. It can happen. He drinks a lager drink Men shoveling snow. It's still snowing. Are you chasing your tail? Is anything ever complete? Back home it is leaves. Do I rake every time a leaf falls or do I wait until they are all laying dead on the ground.  If you wait, will the sun melt the snow, the wind blow the leaves away. I don't have time to wait. It must be now. He drinks a cider drink Smile. Do you know how fucking much it means to someone when you smile at them. Even if it's just a friendly passing smile in the airport. There's energy. Compassion. Love. A simple "Hey, how are you.?" Get your heads out of your text message. In person. Be there. In the NOW! He sings the songs that remind him I think this year has taught me one big lesson Love me, hate me, I don't care. But regardless, I will love you in some capacity. I've had the deepest conversations with people I had never met before. Partially because I just wanted to talk. Something on my mind. I'll never see them again, so what does it matter. I no longer believe in bull shit. Let it come out. You have friends and family when it becomes a life issue. But really, who is to say that a random stranger can't offer another view point that opens up the reality and help. Unbiased. Honest. True. Brutal sometimes. Of the good times Southern comfort. Some nights. I count my blessings every day that I wake up in a bed. And every cup of coffee I pour myself. And every pair of jeans I pull over my tired feet. He sings the songs that remind him Maybe I don't have the best plan. But I have a plan. And that plan is to work hard and play hard. And worker harder. And I refuse to go down without trying. And if I fail. Well. Then I try again. And if I fail. Well. Then I try again. And one day... Of the better times The year 2014 will not be easy. If it were easy, everyone would do it. But. It will be real. And real is what I want. Need. Crave. So here's my real. Right in front of me. And I cannot do this without family and friends. Those that listen to my crazy ideas and support me. They may not believe in ny ideas, but they believe in me. It's balls to the wall. It's try to keep up or I'll leave you in my dust. To the hats in Chi, I love you. I live on the edge of insanity. You put up with me. I may act irresponsible. I'm the most grounded person you will probably ever meet. I got this shit. Yes, I fuck up often. I'll admit that when it happens. I'm out there. Trying. For me. If you want to go for a ride, hop in. Cheers & Happy New Year, Me (10)
"And so this is Christmas…" I jumped up this morning from a happy dream into a cold sweat. The next few months are going to be tight, how am I going to make it? That's all I could think about. And then it kicked in. The drive. So I put on a pot of extra strong coffee and sat down to fight deep copy versus shallow copy on javascript arrays. Yes, I was working. And the coffee was excellent. Santa hasn't made it here yet. I suppose he is waiting for me to go pick up the kids since I was up half the night. My tree looks like shit, but has character thanks to the cat. And I am OK with this. 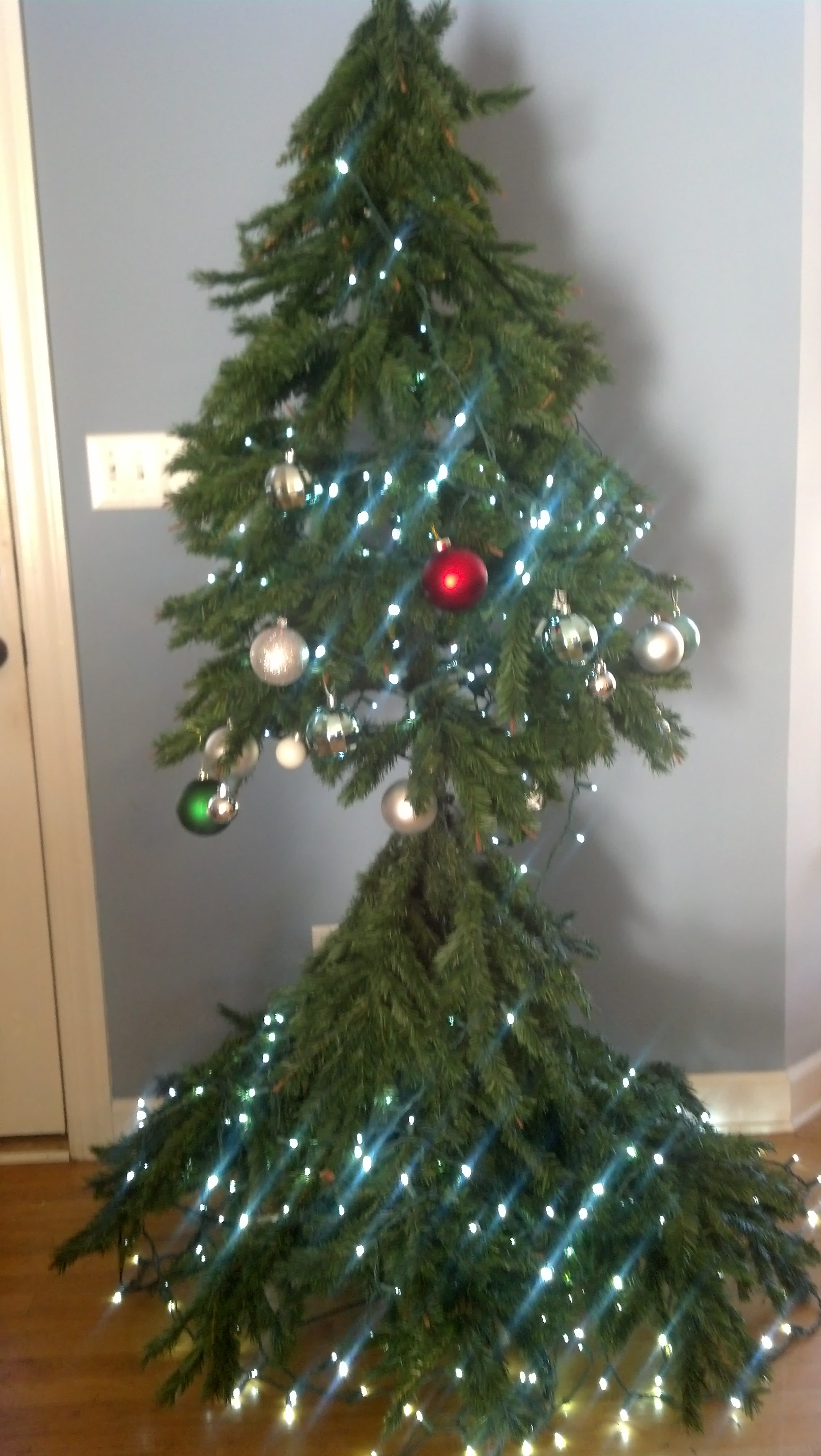 After resolving a few bugs, I decided it was time to make the phone calls and text messages and FaceBook messages to wish everyone a very Merry Christmas. The work can wait. Well, no, it really can't wait. But, family and friends come first, and long after the kids are worn out this evening and well on their way to dream land, I will be up. Working. But until then, I think that I should really put it down and see how my skills with wrapping paper and tape are this year. Probably not any better than the last 10 years. The kids will be here in a few hours, and although this year is *light* - it will still be a good time. I had a weird, sinking feeling yesterday. This is the first year since the divorce that I have not taken the kids to Orlando for Christmas. With the way Christmas fell on Wednesday and their school holiday schedule, it just didn't make sense. Usually I'm writing this from warmer weather, and it kind of makes me sad. The kiddos understand, but this is our thing. Last year peppered our vacation with 24 hour stomach bugs, but we got through it and made the best of it with trying to find Lego Santas in LegoLand. And then there is the whole waking up on Christmas morning to presents under the tree. It's become a coming over at 3 PM to find presents under the tree. I suppose that it does relieve Santa of some pressure to get here in the middle of the night. He's a busy guy, for sure! Well, maybe it doesn't really matter. I mean, it's Christmas. And what ever we do together is what is important. I'll spend the afternoon and evening with the kids, the dog, the cat. And I'll probably cook a horrible dinner tonight because I don't feel like cooking. But that is OK, we are together. So to all of you out there... Merry Christmas!